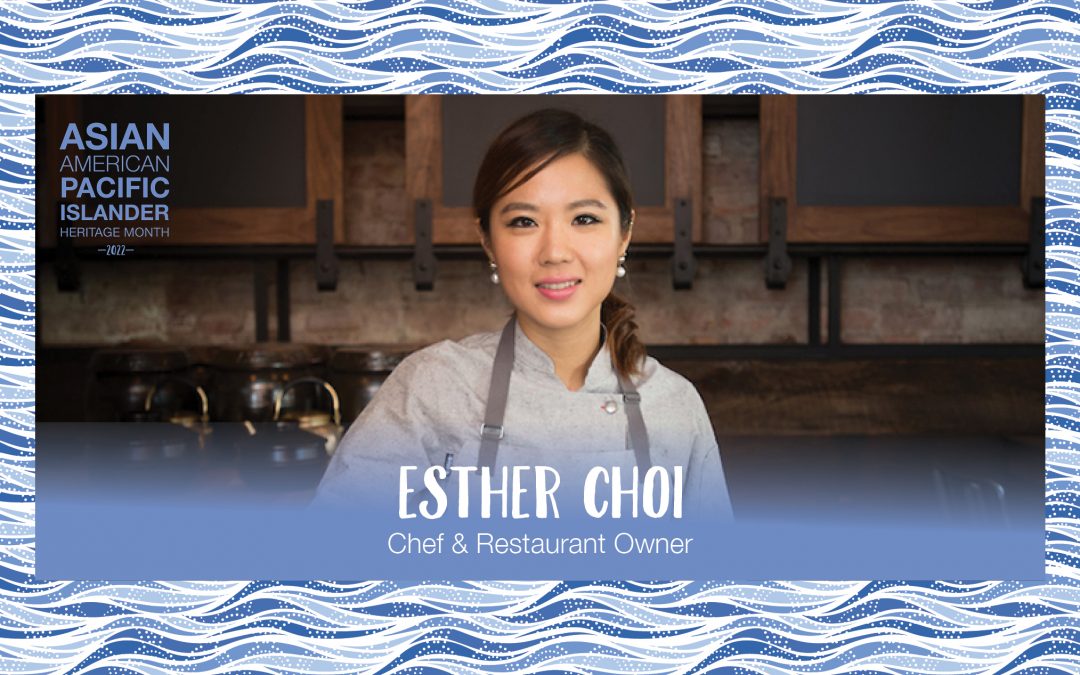 Choi’s love of food was inspired by her grandmother, who improvised Korean dishes in their home by growing Korean herbs and then making the most of what American grocery stores had to offer. Fast forward from those childhood days in her family’s kitchen, Choi landed her first restaurant job at 14 and later attended culinary school. After dedicating, at times, 100 hours a week, working her way up the ranks, Choi now owns 4 restaurants and is a massive TV personality. But, with all her successes, the love for her heritage has never waivered, point being the offering of halmoni dumplings in one of her restaurants, “halmoni” being Korean for “grandmother.” When asked about introducing people to Korean dishes for the first time, Choi responded, “That kind of reaction that we get, that to me is pretty amazing. I’m proud to be able to do that with our culture.

Cooking from very early in the morning to late at night daily, having it be real food and fit everybody’s needs is very hard.
I feel very lucky to have such careful and caring chefs like you guys.
Student Foxcroft School

The food is just incredible! I really mean it…I hope you know that I am not just saying this. It’s so colorful, fresh, and delicious…so special every day!”

Just a note to say thank you for all of the delicious food you and your staff serve each day. I never knew kale could taste so good!

Outstanding food, outstanding service, outstanding people. I brag about MG to my peers at other schools, and even to my friends and family!

Thank you so much for all the gluten-free options this year! All of your staff have been so helpful. They make a point to come up to me at meals and let me know what options you have for that meal. Salads are great, but sometimes a warm meal is just what you need!

Thanks for all of the good work you and your team did to ensure that last night’s welcome gathering for new faculty went off without a hitch. I’m so grateful for Team MG working so hard to make sure things are done the right way.

I just want to thank you for always having such wonderful healthful choices that taste absolutely amazing! You have truly inspired my palate and given me new love for foods that were once far from comfort for me.

Many times I find a favorite thing out of the many items served during lunch, and although the featured spinach and fruit salad was visually stunning; the SHOUT OUT winner of the day hands down was the very delicious unassuming Vegetarian Pinto Beans!!! The onions were glistening and the peppers served as a complimentary color to the two different shades of beans…I have one regret and that is I didn’t think to take a picture!

Thank you for making pimento cheese today! It not only is divine, but also hit the spot. I now regret wasting 62.5 years of life on this planet in which I did not eat this heavenly mix. As I explore different recipes in my home kitchen I will try my best to live up to the standard demonstrated by what I had today.

Everything was wonderful…as usual! The food was scrumptious…and the weather was gorgeous!

I would not change a thing! Your staff was not only professional, but warm and caring. They truly set the tone for a memorable night. The food was delicious…our family and friends left with hearts and bellies full!

Thanks for the delicious soup and the new harvest salad – and thanks for removing half the calories out of the Farm Basket brownie…haha.

THANK YOU for your help today with the open house! Our visiting families raved about the personalized environment. We had a student tell us that Guilford went from his 3rd to 1st choice!

Thank you for all of your hard work on the meals and breaks for the Alumnae Board. The food was outstanding; everyone raved about each meal. Favorites included the grits on Saturday morning and the butternut squash soup on Sunday. YUM!!!